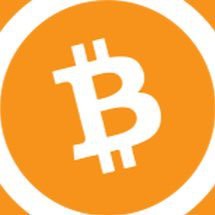 Bitcoin Cash (BCH) is a hard forked version of the original Bitcoin. It is similar to bitcoin with regards to its protocol; Proof of Work SHA-256 hashing, 21,000,000 supply, same block times and reward system. However two main differences are the the blocksize limits, as of August 2017 Bitcoin has a 1MB blocksize limit whereas BCH proposes 8MB blocks. Also BCH will adjust the difficulty every 6 blocks as opposed to 2016 blocks as with Bitcoin.

Bitcoin Cash is a proposal from the viaBTC mining pool and the Bitmain mining group to carry out a UAHF (User Activated Hard Fork) on August 1st 12:20 pm UTC. They rejected the agreed consensus (aka BIP-91 or SegWit2x) and have decided to fork the original Bitcoin blockchain and create this new version called “Bitcoin Cash”. Bitcoin Cash can be claimed by BTC owners who have their private keys or store their Bitcoins on a service that will split BCH for the customer.